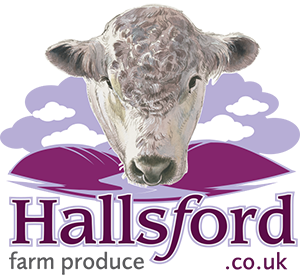 Written by Andrew Tomkins on 19th October 2016. Posted in Farm

The old Case tractor had a ‘moment’ , probably an ‘old age moment’ yesterday, poor thing ! One of the tracker rods broke. It sounds as though I know what I’m talking about, but no… I don’t. Martin, our engineer informs me it should be fairly easy to fix, but the delay is excruiciating at this time of year. So much to do and the land conditions are deteriorating rapidly. Tups (Rams) are going in with the Ewes, meaning lambs should be dropping early to mid March. Lots of changes on this front. We are using Llanwenog, Charolais and Beltex Tups this year, the later producing fat lambs for the market. The Llanwenog and Charolais cross Llanwenog produce female breeding replacements. The male lambs end up going through the butchery. May the dry weather continue. Andrew

Written by Andrew Tomkins on 28th March 2014. Posted in Farm

When we established Hallsford Farm all those years ago we decided that the Beef Shorthorn was the perfect cattle to fit the environment. So we started to create the Hallsford herd, Chapelton Norseman was our first stock bull, pictured above. He became known as ‘Morse’ to his friends.